Definition: The origin of back orifice, a program that makes remote administration of a computer system possible, was legitimate. The initial intent of the software has been twisted into an insidious and malicious threat vector. Earlier versions of Windows(TM) had this vulnerability which made it possible for malware server code to be installed, unknown to a user, which and to establish control remotely. The damage that can be done to a system is nearly unlimited. 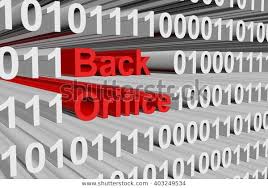 This particular threat targets earlier versions of Windows-based operating system software. The level of control that could be granted to the attacker is at the system-level which makes the successful installation of the program particularly harmful.  Any legacy system on a network might still be vulnerable.

Its Relevance: An information system that has been compromised by this remote administration software (regardless of its name) is particularly vulnerable. The attacker can typically gain as much access to the system as the user or owner.  An infrastructure owner should be keenly aware of any remote access and control possibilities.

Defend against a variety of threats.