Definition: Key Loggers are particularly insidious attack vectors. They can be hardware or software based. A hardware-based device might be attached in between the computer and the keyboard. Everything that is entered on the data entry key pad would be recorded on the device. The cracker would remove the device or access the software at a convenient time and access everything that had been typed (i.e. passwords and other confidential information). The software version could be delivered by a Trojan horse that records everything typed and then "phones home" to the attacker and downloads the collected sensitive information. 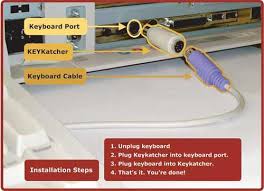 Its Relevance: This attack vector is quite reprehensible. The hardware version requires physical access and likely would require inside help. The logger itself is difficult to identify. The software version of the attack could likely be stopped with a robust antivirus software package. Infrastructure owners must be aware of the attack vectors and take steps to block them.